David Cook With The Swear 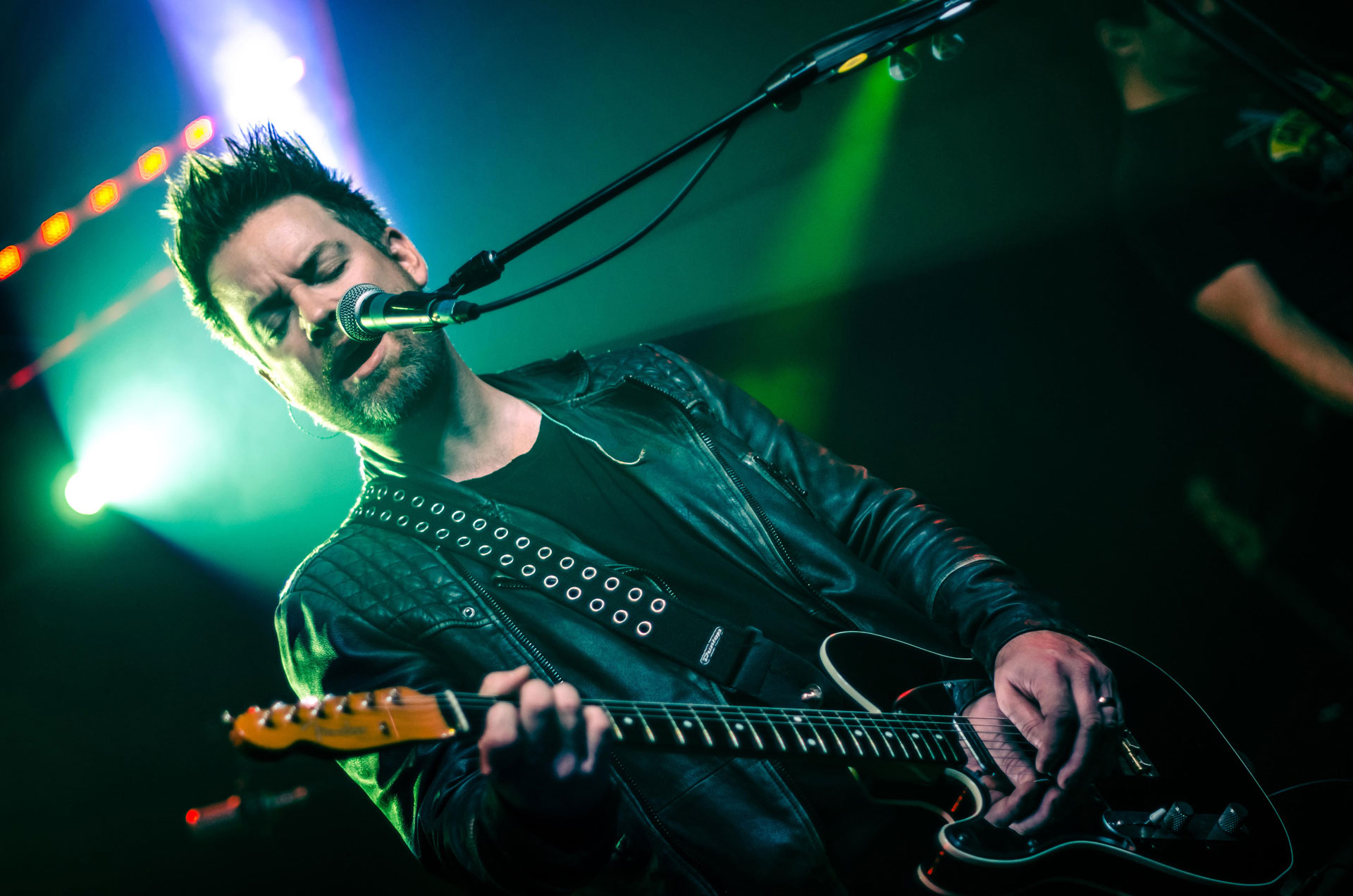 David Cook (and yes, the same David Cook who launched into stardom following his American Idol Season Seven win – breaking several Billboard chart records when 14 of his songs debuted on the Hot Digital Songs chart and 11 of his songs debuted on the Hot 100) certainly knows his way around a good song. His first album, Analog Heart, came out pre-Idol, and his last album, Digital Vein, nicely book-ended that chapter of Cook’s career, a chapter during which he sold more than 2 million albums (including his platinum-certified eponymous album) and, collectively, more than 5 million tracks (including two platinum-certified singles) worldwide.

David continues to find success, not only for himself, but also as a writer for other artists and touring throughout the world.  2018 brought an exciting new EP from Cook – Chromance. “I was a ‘rock’ guy, but the further away I’ve gotten from that, the more I’ve opened up and found inspiration in the peripherals. I wouldn’t have had the courage earlier in my career, but now I have the confidence to go after the sound I want.”  A fan of both Massive Attack and Nine Inch Nails, Cook always admired how they pushed the envelope and brought pop elements into rock music. “I used them as a bedrock for Chromance and how I wanted the record to feel.

In April 2022, David released his latest single, TABOS (This’ll All Be Over Soon). The single’s release coincided with his return to the American Idol® stage to perform for their special 20th-anniversary reunion show.

The Swear’s new album is a defiant return to singer/writer/guitarist Elizabeth Elkins’ punk rock past inspired by five years of writing country music and playing by Nashville’s rules. Described as furious rock and roll assault against hipsters (“East Nashville”), violence on Magazine Street and Sunset Boulevard (“Ghosts of New Orleans”, “Outside a LA Rock Club”) – and it’s a cynical look at the race for fame and love in Nashville (“I Sold My Soul on Gallatin Road”, “Stargazers”, “Kurt Cobain and Jesus”). Behind the buzzing humbuckers and chaotic lyrics.

You may have heard the band’s songs in more than 50 television shows including Rescue Me, Smallville, Wanted, Life as We Know It, Jersey Shore and Roswell. Elkins has cuts by artists including Billy Currington (Billboard Top 30 Country) and Kira Isabella (Billboard Top 15 Country Canada). The band has played the Warped Tour, SXSW, CMJ and toured coast to coast.